Showing posts from March, 2017
Show all

Thailand Elephant Sanctuary with Jennie of the Jungle Part 1 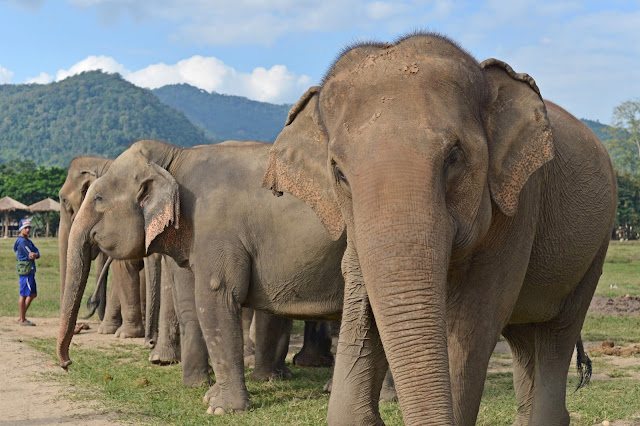 Photo by Jennifer Ilene In November of 2015 I made my first trip as Jennie of the Jungle, taking wildlife-loving clients to work with elephants at an elephant sanctuary in Chiang Mai. And the experience was simply amazing. I learned a lot about a new country and what it takes to be responsible for the experiences of others, and learned that confidence is the key to getting what you want out of life... I arrived in Bangkok after dark, got a cab from the airport and thought I was headed to the studio I had rented to spend some time preparing for one of my clients who would arrive three days later. Little did I know, this cab driver (and most of the other ones, too) did not have any idea where he was going. He turned around and asked me the address multiple times (which I had given him in writing and in Thai, no less!). He ended up coming to a complete stop on the freeway and backing up until he reached the on-ramp he didn't mean to enter. As semi-trucks came straight for u
Post a Comment
Read more
More posts