Showing posts from December, 2012
Show all

Daniel Velazquez: an artist with a mission 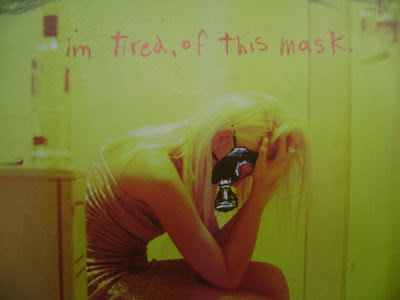 My friend, Daniel Velazquez is an artist, photographer, and filmmaker residing in Belize. I met Daniel on my 2004 summer volunteer trip to Belize to study ocelots in the jungle. I came through town (San Ignacio) on my way to the forest and met him hanging around a favorite volunteer joint, Eva's kitchen and bar. He is a friend of the project I was volunteering for, and had done a fair amount of filming and photographing at the site (which was 2 hours into the jungle at the  Las Cuevas Research Station ). At the time, Daniel was working on a series of paintings which featured red-eyed tree frogs in his artistic interpretation of the forest. His residence hosted a number of these paintings, and felt like a forest itself with all the green paint and frogs. Daniel has since moved on to a number of other projects, and is now working on creating his own studio and space for artists . He is also in the midst of editing one of his many documentaries. Daniel's up and co
5 comments
Read more
More posts