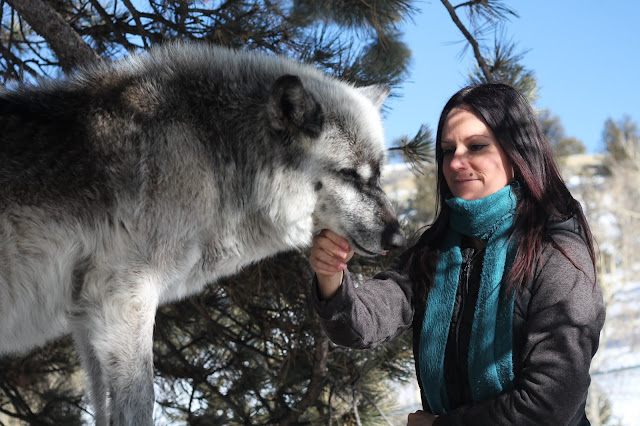 I drove 3 hours down to Guffey, Colorado the other day to visit the rescued wolves at Rocky Mountain Wildlife Foundation. I had been wanting to visit them for a long time, and finally found some time to do it right after New Year's. The sun was shining and the day was clear, despite the wintry weather, and I had the wolves all to myself!

Mark, the founder of RMWF, told me a little bit about the wolves under his care, which for the most part were rescued from abusive pet owners who had bitten off a little more than they could chew with trying to raise a wolf. Some of the wolves were wolf-dog mixes, and some of them were 100% wolf. I got to get up close and personal with some of these wolves, and they were full of pure love and affection! Mark spent years working with these rescued animals, some of which were so fearful of humans when they came to the center that they wouldn't let him anywhere near them. Now they all love him, and it's fun to watch him interact and play with them.

Before that day, I had never experienced a wolf kiss, but now I can say I've experienced plenty of them! The wolves I was able to interact with were some of the sweetest animals I have come across. I guess that's where domesticated dogs get their affection from! I got licked and slobbered on more times that I bargained for. But since I rarely work with wolves in my travels, I soaked it all in. 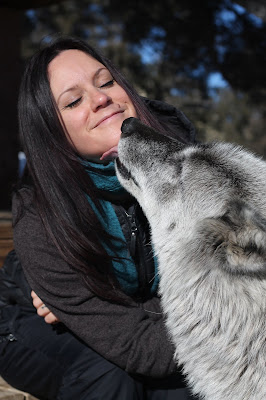 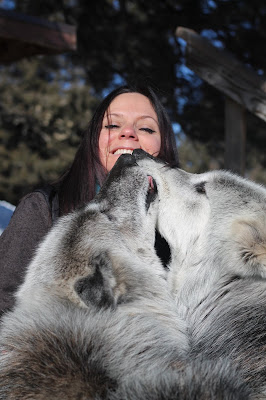 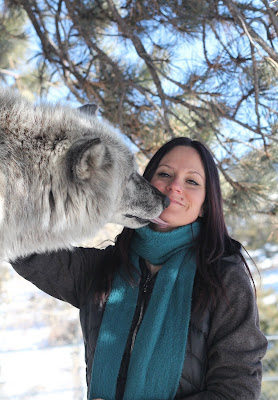 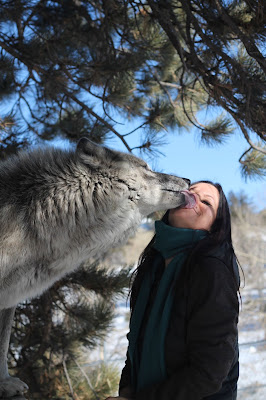 Mark has done great work with his wolves. The story of Cheyenne, his healing wolf, is a well-known one in Colorado. Cheyenne could sniff out sickness in visitors, including cancer. Visitors who came to the center to meet her would leave feeling much better than when they came in. His wolves have worked with veterans who have PTSD. And, in fact, all of his wolves will soon be transferred to another organization nearby which specifically works with these veterans. Though RMWF will be closing its doors, its wolves will continue to make an impact on the lives of others. Veterans will have a chance to care for these wolves and form friendships with them, and through the power of this connection, will have a chance to heal. Animals are truly magical, and I for one am thankful for Mark and his wife and the years he spent caring for these wolves and educating the public about the importance of their conservation in the wild. 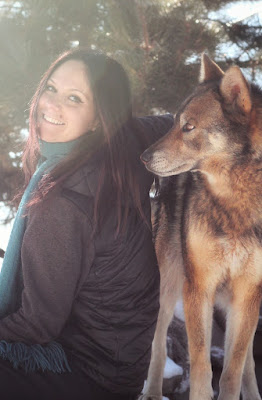 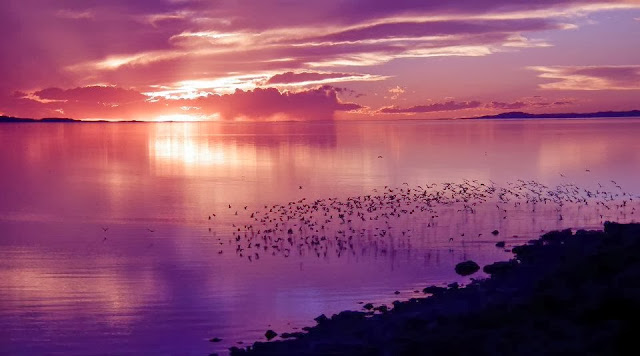 If you've never been to Antelope Island State Park in Syracuse, Utah, then you are missing out on a wonderful wildlife and nature viewing experience. Antelope Island is a preserve made up of a desert shrub and grassland island surrounded by the scenic Great Salt Lake. Standing on the shore of the Great Salt Lake is like standing on the coast of an ocean. Tiny islands dot the view and the lake goes on as far as the eye can see.

On the island you can see all kinds of wildlife, including pronghorn, bighorn sheep, American bison, porcupines, badgers, coyotes, bobcats, owls, and millions of waterfowl. The Great Salt Lake is an important rest and nesting stop for birds migrating through the Western United States.

This all adds up to a beautiful and scenic day at the "beach". Although camping is allowed at a campground on the island so you can extend your stay. The entrance fee to visit the island is $10 per vehicle, and just past the entrance you will drive out on a long causewa…
Read more 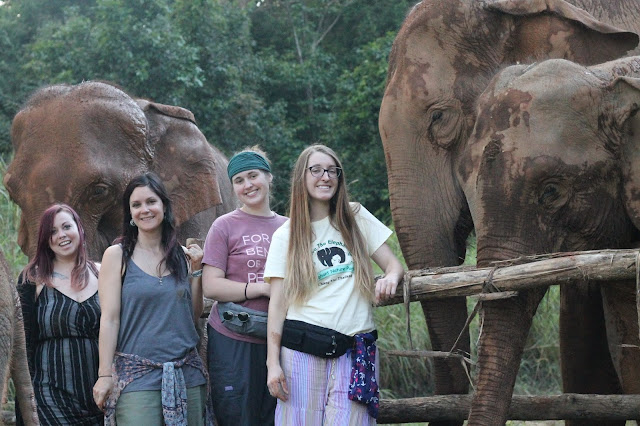 I just got back from an amazing volunteer trip to Thailand to work with rescued elephants in Chiang Mai. Myself, my co-leader Aron, and our four JOJ volunteers spent a week in the hills of Northern Chiang Mai with the Karen tribe, who have owned elephants for centuries. These elephants were once used for subsistence by putting them to work in the logging industry. They were captured, brutally tamed, and put to work hauling large felled trees from the forest. After the advent of tourism, they were put to work in the trekking and entertainment industry, forced to learn tricks, perform, and carry tourists on their backs all day in the hot sun. Suffice it to say these animals are not treated well. Abuse and cruelty were the only ways the owners knew to keep their elephants in check.

Many organizations are now trying to help Thailand's captive elephants have a better life. On the forefront, Save Elephant Foundation, run by Lek Chailert, is running a number of different projects that b…
Read more

The Joys of Sustainable Coffee 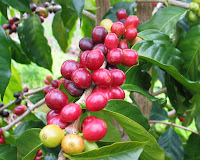 Mmmm...nothing like a warm cup of coffee to get you going in the morning. But does your coffee come at an enormous cost? We're not just talking pocketbook here, we're talking environment.

The beginnings of coffee-growing were quaint and quite non-destructive. For over 150 years, coffee was grown under the shade of canopy trees in the rainforest. In the 1970's a new, high-output method of growing coffee was introduced, in which the shade trees and everything else around was cut and cleared so that coffee plants could be planted densely and doused with pesticides and other agrochemicals. This produced more product for the growers, but has sacrificed generations of wildlife that have suffered at the hands of habitat-loss.

Sustainable methods of coffee-growing, in which canopy trees and original forest is kept intact and coffee is planted in their midst, is actually beneficial to the environment and to wildlife. Biodiversity is maintained and therefore so is the wildlife that …
Read more